Our Sumatra Gayo coffee story begins with one farmer in Central Aceh with a vision for holistic development. Voster, or Win, as he is often called, was born in Aceh during the conflict between the Free Aceh Movement and the Indonesian government. Growing up, he learned about animal husbandry and farming and from his dad who helped to oversee cocoa, rubber, and palm oil plantations. Voster’s grandfather was also a farmer who grew his own rice. 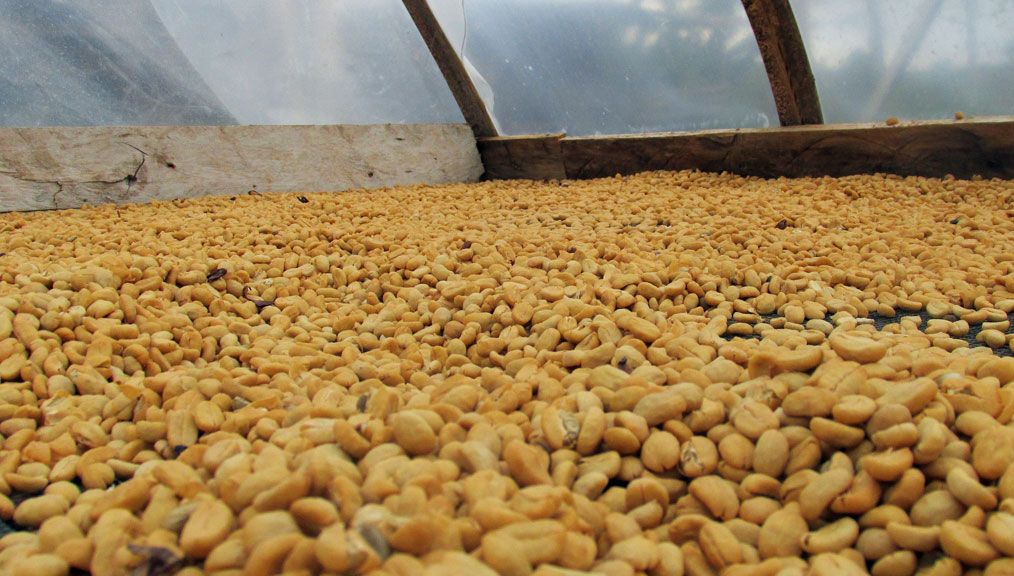 Voster’s earliest memory of his current love for animal husbandry is from three years old, when his dad bought some chickens. Voster asked if he could take care of them, so with his dad’s help, he began to feed and care for the chickens until they laid eggs. In middle school and high school, Voster’s family had a small cocao farm. Voster helped from planting seedlings all the way to processing and selling the cocoa. He also remembers using manure as fertilizer for planting chili peppers. Seeing how organic fertilizer could change soil from poor to highly fertile left a big impression on him. Little did he know that these experiences would greatly shape who he is today.

Voster headed to college in a nearby province where he studied agriculture more formally, learning more about integrated farming systems and also about processing raw materials. At University, Voster also found an idealism that remains with him today. He began to get involved in politics in support of helping poor communities. While not studying, he volunteered to teach and mentor street children and those addicted to glue sniffing. While most of his fellow classmates went on to work in non-agricultural industries where they could make good money, Voster’s idealism of helping poor communities created a desire to return to village life. Voster contributes part of this desire to a movie he saw as a child in which an English man went to live in a poor African village. So, with a degree in hand Voster returned to his home town where he started raising chickens and managing a rubber farm, offering subsidized after school help to poor children in his community. It was more difficult to help his community than he imagined, and his family also pressured him to go and get a “real” job with his degree.

In 2004, a tsunami wreaked havoc in Aceh, destroying entire villages and leaving communities feeling hopeless in the wake of death and destruction. One of Voster’s mentor’s asked him to help, so Voster began work for a relief organization focusing on rebuilding houses and infrastructure in the areas surrounding Aceh’s capital city. What drew Voster to Aceh was actually a plan to start a new school. Voster had a passion for education and animal husbandry, and saw this as an opportunity to develop a school that could make a huge impact on the poor education he had seen in Aceh. “Education can change people,” says Voster. The locals were not yet ready for the innovative educational system envisioned by Voster, so the school took a back seat to other immediate relief work.

Voster continued to work with local communities as rehabilitation and development was needed. Voster was chosen to be an agriculture and animal husbandry trainer, so he began to teach and train local communities in poultry, goats, and cows. Voster helped train others in integrated farming systems and fell in love with this holistic way to farm and promote quality livelihoods. Looking around the capital of Banda Aceh, Voster saw many resources and many people with skillsets for development, so he began to look for other places where people needed more mentoring and training.

In 2010, Voster left the capital and headed to the Gayo Highlands of Central Aceh with a vision to promote integrated farming among a poor region past the regency capital, right on the border of the Pegasing and Atu Lintang districts. This area was filled with small holder coffee farms. Yields were terrible, and most of the farmers didn’t properly care for the coffee plants. Soil quality was also low, and erosion was a big problem among the steep farms. On top of that, the coffee harvest didn’t result in much income as they strip picked the coffee trees, selling everything to middle men for low prices. Deforestation was, and still is, a big problem as well, which leads to future environmental disasters. Voster noticed that during the non-harvest season, farmers were forced to sell assets to meet family needs. 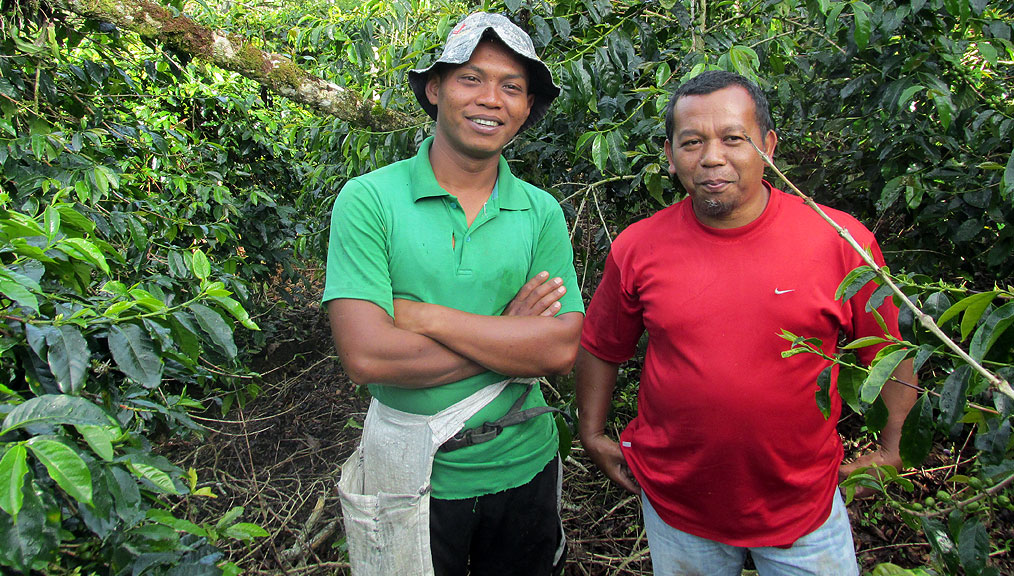 At first, Voster approached development in this area through a training center and model farm as was done in the capital city. His goal was to be sustainable after 5 years. Losing funding from those sponsoring his work, Voster realized that the best way to make an impact would be to become a coffee farmer! Two years after arriving in the Gayo Highlands, Voster sought to purchase land for a coffee farm in a nearby village. The entire community mocked Voster because they knew the quality of the soil was not very good. They told him, “you’ll never be able to grow coffee here. This land is dead. You are being foolish.” Voster knew that by using the integrated farming system he had learned, he could take the land from bad to great, so he accepted the challenge. “Farmers need to see an example,” said Voster.

Using his knowledge, Voster began to see success, and so did the community farmers who wanted to know how to improve their own farms. Soon, others began to follow Voster’s example and began transforming critical unfruitful land into fertile farms.

Voster wanted to have an even larger impact, so he organized community members for a shared purpose. With 19 other members spanning 4 villages, he helped establish a small cooperative. Several members had wrong motivations for joining and thought they would receive a monetary handout. Rather than allowing this roadblock halt the work he started, Voster and the other members serious about producing good coffee formed a smaller farmer group. The group now spans 3 villages and 16 families and focuses on processing higher quality coffee than others in the region. Voster has thought very hard about the entire coffee “system” as he calls it. When Voster can sell the better quality coffee above market prices, he gives 75% of the increase in cash back to the farmers. He gives 25% back in the form of better coffee seeds and shade tree seedlings, hoping to provide compost in the future as well. To help with the inconsistent income for coffee farmers, he has started a goat program in which goats are loaned out, and the offspring is shared.

“Farming isn’t my passion,” says Voster, “but because the poor are farmers, I decided to change myself and become a farmer.” Voster goes on to say, “my vision is that youth will come to see farming as a profession they can be proud of and choose do rather than a curse.”

As an outsider to the region, Voster experienced some problems with the local government officials, especially after they saw how his farm was beginning to be productive and become better than others in the area. After much patience, however, Voster and his wife Anna have become leaders in their own right. Seeing their honesty and integrity, Voster was chosen to be on the board of large a savings and loan program from the central government. Anna was accepted as a teacher in the kindergarten next to their house.

A couple of years ago, Voster attended a farming conference with one of his mentors, Kyle, a farming consultant who has been working many years in Southeast Asia. One speaker presented a version of integrative farming with a suggestion of the amount of money that would be needed to start and sustain the project until it would be self-sustainable. Kyle and Voster laughed because Voster had done as much and more with less than half of the money the presenter thought was necessary.

In drinking the coffee grown and processed by the farmer group that we source our Sumatra Gayo from, your taste buds don’t just enjoy the flavor, but your heart will rejoice in the wonderful work it represents.